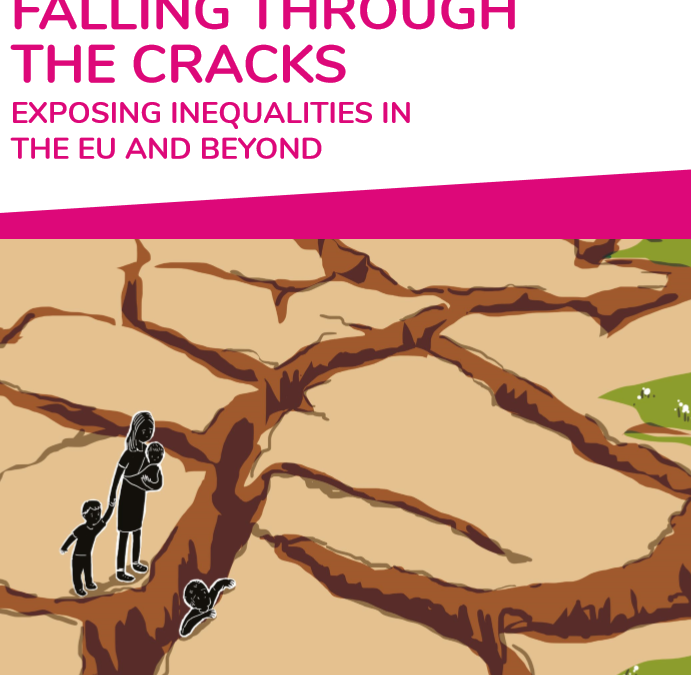 “As long as poverty, injustice and gross inequality persist in our world, none of us can truly rest.”

As part of the Make Europe Sustainable For All project, our Report ‘Falling through the cracks: Exposing inequalities in Europe and beyond’ highlights that despite the European Union’s commitment to leave no one behind, millions of people in Europe are falling victim to widening inequalities,

With just over a decade left to achieve the Leave No One Behind principle of Agenda 2030 and SDG 10, this report highlights the impact of rising inequalities on people and planet.

The report shows that many forms of inequality are on the rise, including economic inequality. As the gap widens between the highest and lowest earners, 20% of the EU population earns less than the poverty threshold in their country, while the number of people living in income poverty in the EU has risen by over 8% since 2005.

‘Falling through the cracks’ maps the reality of various forms of inequality, both nationally and at the European level.  It consists of 15 national reports, including Ireland, and 11 thematic reports exploring key dimensions of inequality, including environmental inequality, gender, age, disability, ethnicity, homelessness and development cooperation.

This report shows the visible interlinkages between economic inequalities, discrimination and social exclusion, both within and outside the EU, caused by unfair tax, investment and aid priorities. Discriminatory attitudes and policies often prevent people lifting themselves out of poverty. Wealth inequality, measured by the accumulated assets owned by households, is greater than income inequality and ensures privilege and advantage are passed down from generation to generation.

Alongside this, gender pay gaps and the glass career ceiling persist across Europe. The burden of unpaid household and caring responsibilities falls disproportionately on women of all ages, often keeping them out of paid work.

The report finds that discrimination is the core driver of the increasing poverty, inequality and disadvantage experienced by certain specific groups, including migrants, people with an immigrant background, the Roma minority and LGBQTI communities.

SDG 10 is under review in 2019 at High Level Political Forum, the UN-led process that monitors progress towards achieving the Goals. At present, Ireland and member states across the EU are not on track to achieve this SDG by 2030. This report shows that concerted action from all governments and stakeholders is needed to accelerate implementation of SDG 10 and all SDGs to ensure no one is left behind.