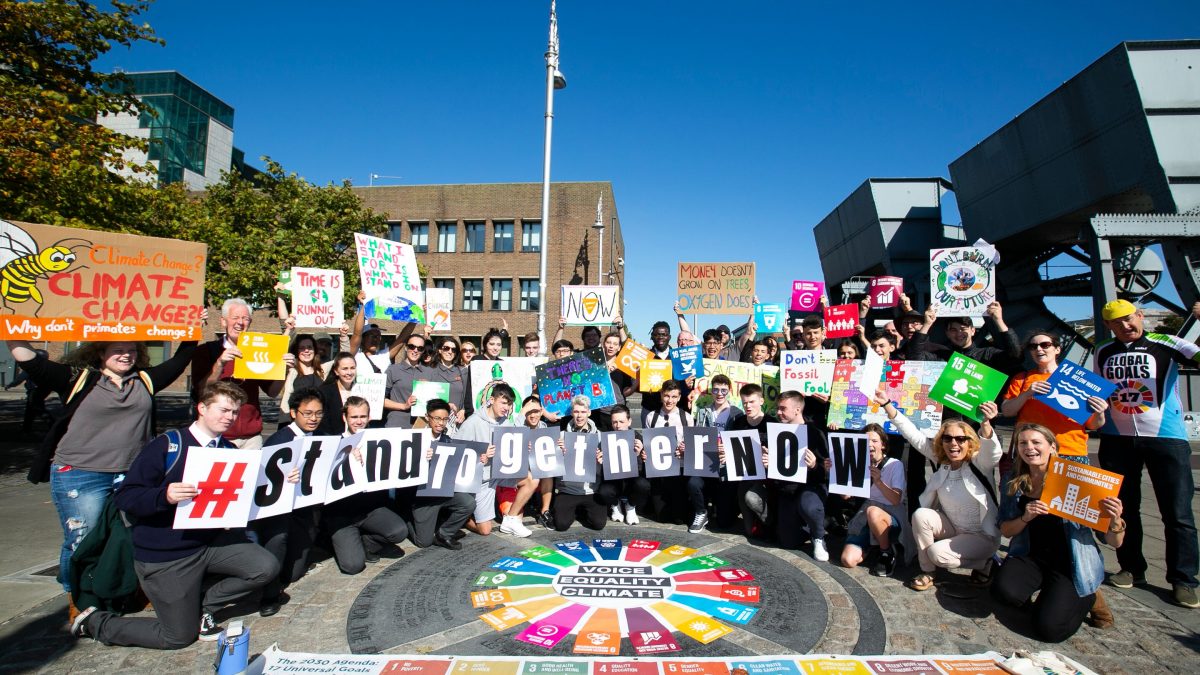 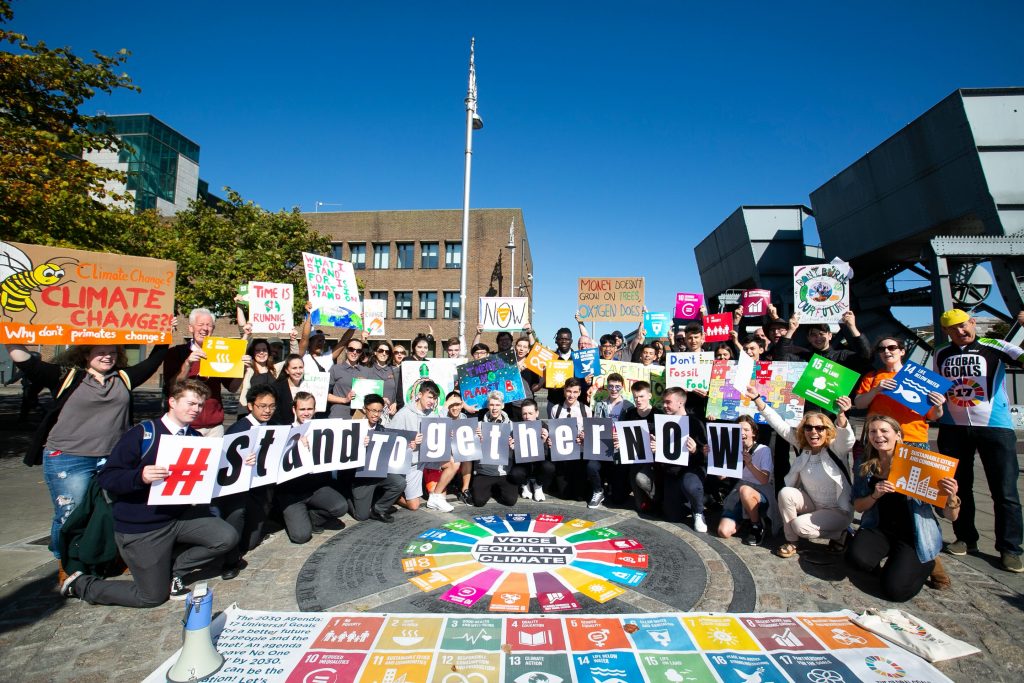 The 25th September 2019 marked the 4th anniversary of the signing of the SDGs. Globally, this has become a day that citizens and civil society organisations come together to #Act4SDGs.

In 2019 a global Week of Action was promoted from 20th – 27th September. This week of action coincided with the UN SDG Summit
(24th&25th September), the UN Climate Summit (23rd September) and the UN General Assembly.

On Friday 22nd September we joined Coalition 2030 members to mobilize in support of the student climate strikers in Dublin City Centre, and to highlight the need for action on Climate, Civic Space and Equality.

We organized a photo stunt with Coalition 2030 members and student strikers with a banner highlighting the words ‘VOICE – EQUALITY – CLIMATE’ in support of the global #StandTogetherNow movement. 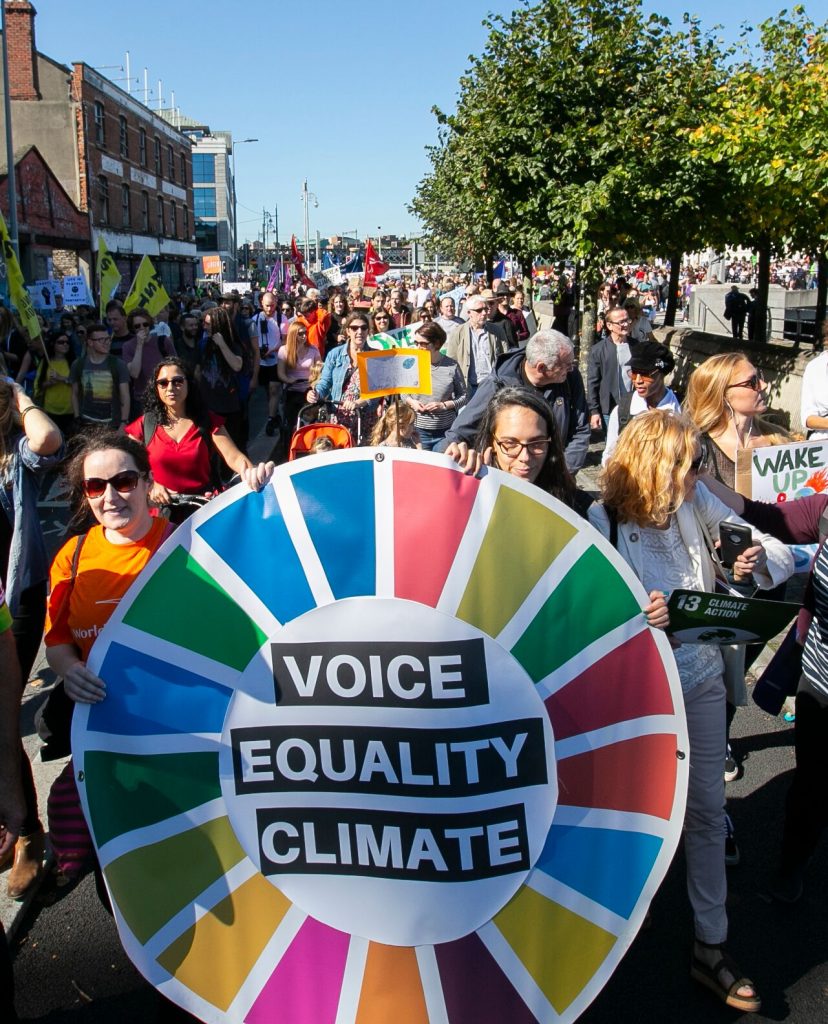 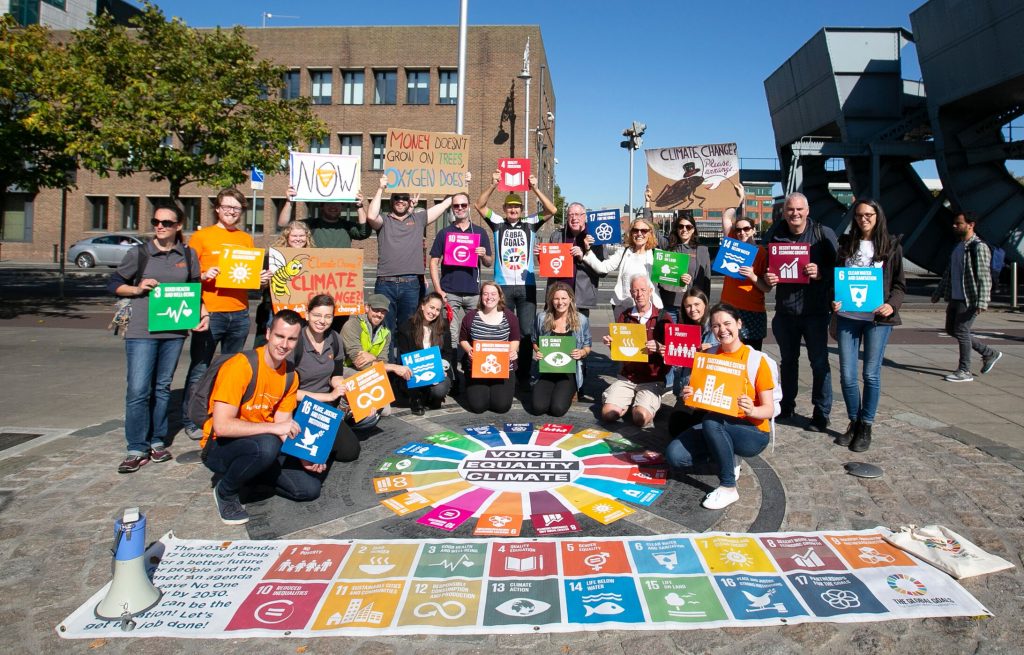