THE FUTURE IS RURAL Co. Mayo 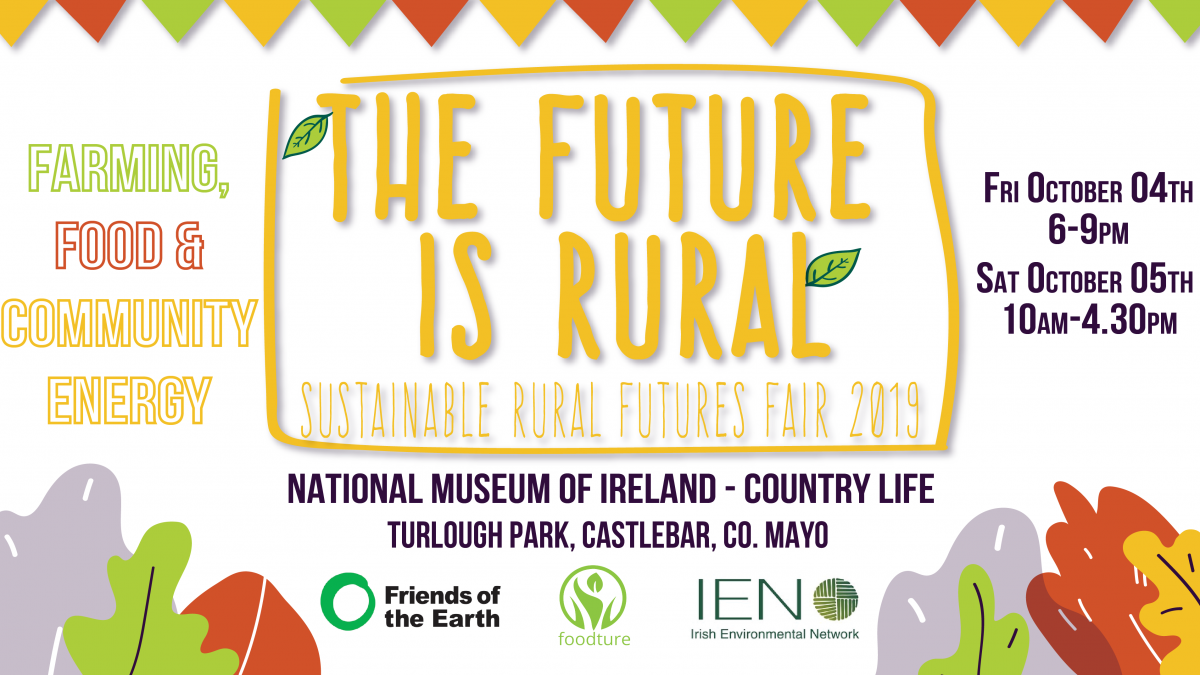 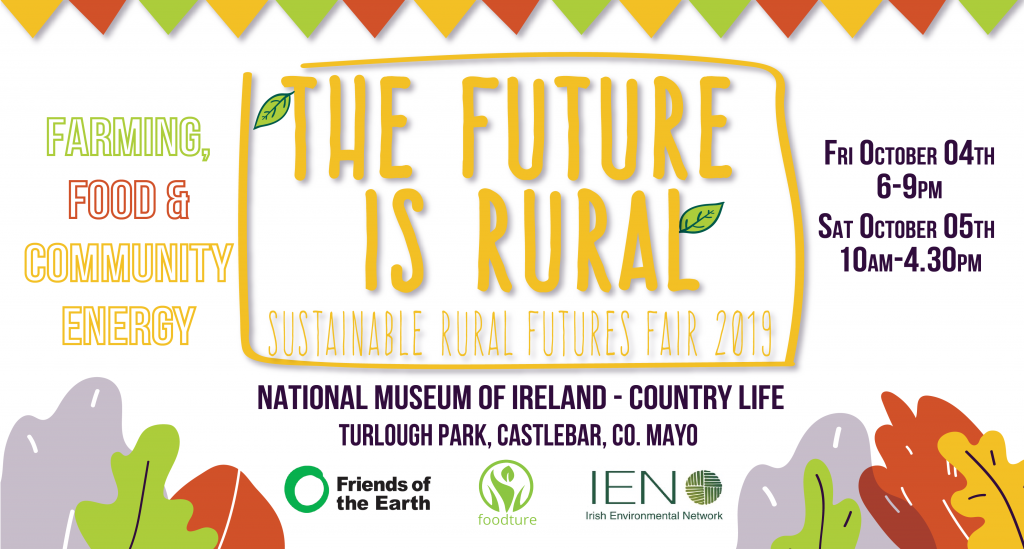 On the 4th & 5th October the we were delighted to collaborate with Friends of the Earth, Foodture and the National Museum of Ireland: Country Life to organise a two-day event celebrating sustainable food, farming and the SDGs.

‘The Future is Rural’ hosted an action packed line up of documentary screenings, panel discussions, workshops, walks and market stalls over the course of 2 days in the National Museum of Country Life in Co. Mayo. It also closed our #GoodFood4All campaign.

5 documentary films were filmed in the in-house cinema, including special screenings of the award-winning feature films ‘SEED: The Untold Story’ and ‘In Our Hands: Seeding Change’, as well as iFoam’s ‘We Unite’.

Over 20 stallholders showcasing sustainable food, farming & community energy projects took over the marquee, and 7 workshops on the topics of Soil, Seed, Growing and Fermenting were held.

Thank you to everyone who came along to take part in a fantastic event!

Full line up can be found here. 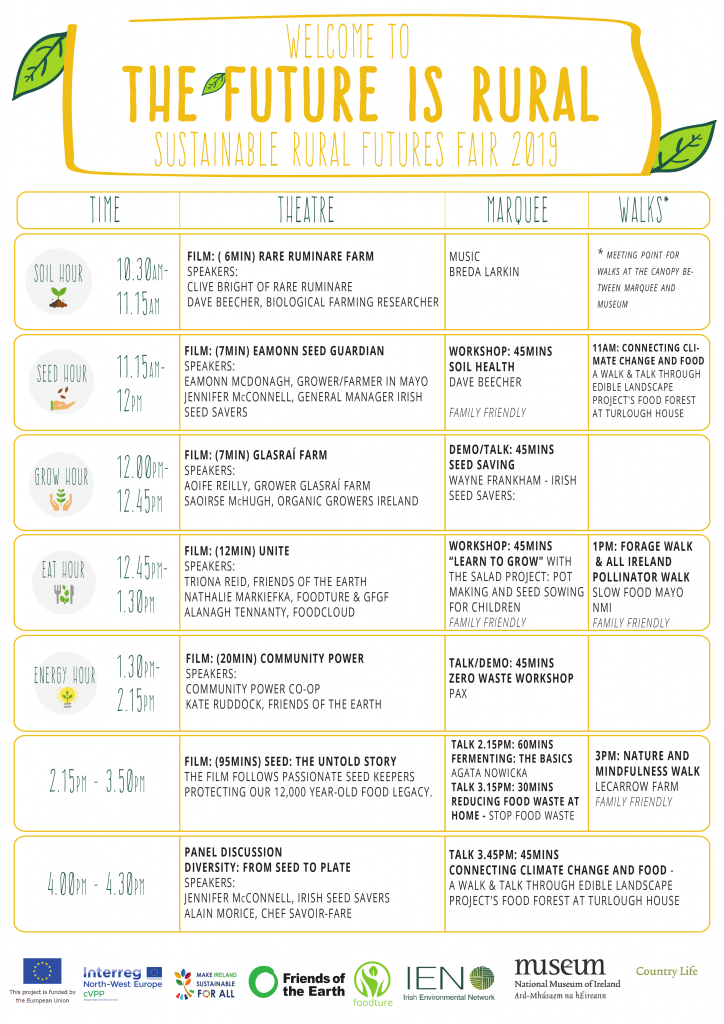